When talking about premium quality sheepskin footwear, one of the first brands to pop up in our heads is UGG, and justifiably so, for the brand has been serving classy, and comfortable shoes since its inception.

So, when Koolaburra by UGG made its debut, it spurred a lot of confusion and curiosity. Some even termed them knockoff UGGs or cheaper UGGs. But are they actually fake UGGs as people call them? What are the differences and similarities between the two? Are Koolaburra boots better than UGGs?

Let’s find out in today’s face-off between Koolaburra vs UGG and which should you choose!

What Is Ugg Boots?

Uggs were first named Ugg Australia, but later on, they got the name Ugg. Now Ugg is a popular footwear brand, especially their winter boots are impressive.

UGG was born in 1978 in California when two young Australian surfers – Brian Smith and Doug Jensen realized that no one in America was aware of sheepskin footwear!

They went on to import 6 pairs from Australia and tried to sell them to footwear stores along the California coastline. To Smith’s dismay, no one really wanted to buy them because they thought sheepskin shoes were hot and prickly.

“What I didn’t know was that Americans didn’t understand sheepskin like Aussies do” Smith revealed in a later interview.

In order to put off the rising inferno in his heart of finding his passion, Smith refused to give up and started advertising Pro Surfers wearing the UGG shoes, and soon, sales picked up. Fast-forward 17 years, the company was acquired by Deckers Outdoor Corporation and rebranded in 1995.

Sales spiked further in 2003 when Oprah Winfrey included the UGG boots in her show and they gained mass popularity in pop culture and then UGG was an International name!

UGG Winter Boot Classic Mini II is a top-class women’s shoe arsenal. It is designed for comfort and warmth in the wintertime. This mid-calf Ugg boot provides elegant fashion.

The upper part of the boot uses twin-face sheepskin with water repellent treatment. There is also a 17 mm interior sheepskin lining for cushioning sockliner.

14 inches large boot opening around makes it easier to wear on and off the boot. So, don’t miss this popular Uggs pair.

what is Koolaburra by Ugg Boots?

Koolaburra is an inheritance brand by Ugg but affordable. Koolaburra by Ugg blends their main features denoted by 3 Cs – comfortable, casual, and carefree.

Koolaburra came into being in 1991 as a competing brand to UGG. Later, when UGG, being on the higher end market began facing tough competition from slightly cheaper brands, Deckers brands decided to buy Koolaburra in order to combat the rising competition.

Koolaburra was finally bought in 2015 and rebranded as Koolaburra by UGG selling high quality, classy footwear, but at a cheaper price. Today, both brands not only sell footwear, but also handbags, clothing, hats, and even home products.

Koolaburra says that their products are “Made for the Modern Family”, so they have a more youth-centric take on their products. The brand believes in blending craftsmanship, quality, and comfort to deliver lifestyle essentials for the entire family.

Here is a good pair of Koolaburra by Ugg boots suggestions for you.

Koola Ugg Boot is a must-have girl’s shoe arsenal. This mid-calf boot will give you elegant fashion. The boot is designed durably and comfortably to use year-round.

The upper part of the boot is made from soft suede. Interior has sheepskin with faux fur that provides cushioning sock liner. And sole uses durable and molded EVA materials.

Koolaburra boot is a right fit for kids to adults, even seniors can wear the Uggs for comfort. This is undoubtedly a wardrobe essential.

Well, thanks to the very similar footwear that the two brands offered, people instantly began questioning the difference between Koolaburra and UGG boots!

However, the fact remains that both UGG and Koolaburra are daughter companies of Deckers Brands, and being sisters, the two do share similar features.

The first striking similarity is definitely the style and design. Although Koolaburra claims to be a little more fashion-forward, they are actually inspired by the classic UGG boots. Here is a great way of putting this – Koolaburra boots are just UGG boots, just more affordable!

Another similarity is that both Koolaburra boots and UGG boots need care and maintenance to keep them going in the long term since both Sheepskin and suede are slightly sensitive materials.

Have you wondered what’s the difference between UGG and Koolaburra? Well, here we’ll break down the main distinctive features of these boots brands.

UGG is hands down, pricier than most brands because of the high-quality material used. If we talk specifically about boots, UGG will cost you more than $150 and sometimes UGG boots can cost even higher than $300! Koolaburra boots on the other hand can range from $79.95 to $129.95.

Koolaburra and Uggs are two footwear brands thus there will be some quality difference for sure.

UGG shoes are normally made from full Sheepskin. Sheepskin is usually tanned with the fleece or the wool intact, which gives you extraordinary comfort and warmth.

Koolaburra uses a combination of calf suede, Sheepskin, and faux fur to make equally comfortable and warm footwear. The choice of materials is what accounts for the price difference between the two brands.

When comparing Koolaburra and Ugg brand boots in terms of quality, Uggs will stand out better than Koolaburra boots. But if you compare Koolaburra with other sheepskin leather, Koolaburra will be a better choice

Both Koolaburra and Uggs have quality fur to serve their purposes. But the amount of sheepskin wool that is fur is quite different.

Koolaburra by Uggs use enough fur but they are less compared to Ugg footwear. So, Ugg boots win here.

Generally, suede leather tends to be more durable in nature giving Koolaburra an edge in terms of durability. That being said, with proper care and maintenance, sheepskin Ugg boots can also last you a lot of years while retaining their softness.

The true fact is that the durability of these two boots brands are almost similar still Uggs are better than Koolaburra in this case.

For the visual learners, the following video will help you to clarify the debate between UGG Australia boots vs. Koolaburra by UGG boots.

Answer: Unfortunately, they are not. Koolaburra shoes use suede, which is not a waterproof material and hence the shoes cannot withstand rain or snow for long.

Q: Koolaburra Vs UGG Australia sizes – Do they run true to their size?

Answer: In all honesty, Koolaburra Shoes run small, meaning you would want to opt for half an inch larger than your shoe size. UGG shoes are, however, true to their size. But, Sheepskin tends to mold to your feet over time and hence get roomier. So, you might also want to go down on your size.

Q: Where are UGG shoes made?

Answer: UGG shoes are manufactured in China and Vietnam, contrary to popular belief that they are made in Australia!

Q: Can you wear Koolaburra in the snow?

Q: Bearpaw Vs Koolaburra – Which is better?

Answer: Now that’s one never-ending debate! Bearpaw, also an American Footwear, Apparel, and Accessories company, offers great boots at an affordable price range. In fact, their products are in a similar price range to that of Koolaburra.

Although known initially for using sheepskin and cow suede in their footwear, Bearpaw opted for an animal-friendly vegan boot in 2018. Despite the change in materials, they continue to serve comfortable shoes.

They are almost as durable as Koolaburra shoes. So, if you are looking for a cheaper alternative to UGGs, you can settle for a nice pair of Bearpaw or Koolaburra.

Q: Is Koolaburra as warm as Ugg?

Answer: Yes, Koolaburra is warm as Ugg even better due to faux fur and sheepskin in inside and soft suede in outside.

Q: Do I need to wear socks with Koolaburra by UGG boots?

Well, that sort of depends on why you want to pair your UGG with a sock. If it is for warmth, do not worry, your Koolaburra by UGG provides more than enough warmth. If it is for fit, once again, they provide a great fit, so we usually say a no to socks with UGGs.

Q: Can you wash Koolaburra UGGs?

Answer: It’s recommended to clean and wipe dust and moisture away from Koolaburra Uggs using a dry cloth. You can use the spray, but don’t submerge them in water.

So, Koolaburra by UGG or UGG which is better for you?

Now that we have reached the end of our article, who do you think is the winner between Koolaburra by UGG vs UGGs?

If you ask us, we think that the brands share more similarities than differences, except, of course, the huge difference in their prices. Both the brands provide high-quality boots that provide great comfort and style. Koolaburra boots just take the prize for catering to the mass market.

We feel both Koolaburra and UGG boots brands are great, but if you are a newbie in the footwear segment or want to experiment with different brands, you might as well want to start with a cheaper brand – and so, Koolaburra might come to your rescue!

Emily is an editor and co-founder of pickoutdoorgear.com. Being a mother, she wants to share her experience with other parents so they can grow their children properly. She also loves gardening and better living ideas.

PickOutdoorGear is reader-supported. Some posts may contain affiliate links. When you purchase through links, we may earn a small commission without no extra cost to you. Read more 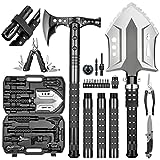 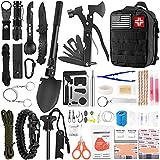